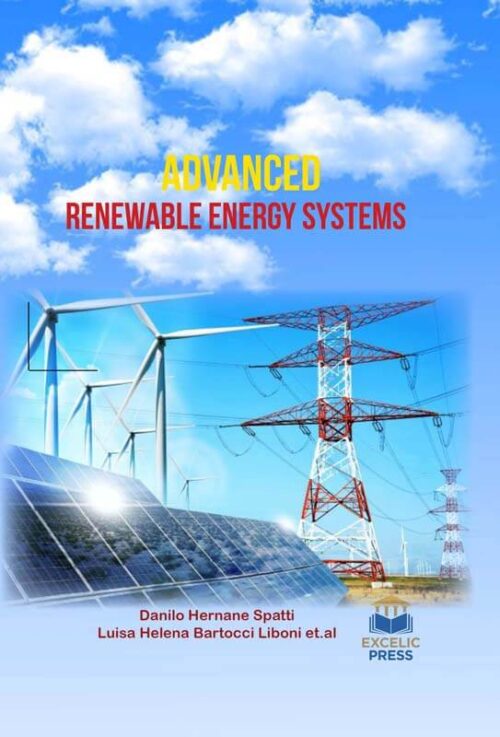 The technology demands are greater than what the electric sector can deliver. Such discussions about regulations of renewable energy sources are largely discussed in the society. The search for deploying eolic and solar generation with big energy farms are opposite to the smart grid and smart city renewable energy concept, which require decentralized actions. In order to compete with the conventional fossil fuels, the renewable energy resources must be able to provide uninterrupted power supply for any load demand, during whole day operation. Such a requirement demands to operate them in standalone mode, without any external input. Therefore, such standalone operation requires the optimized size of each of the system component for uninterrupted power supply and for any load of the system, all the time with lowest overall system cost. Such standalone system design requires extensive system modeling with operational/optimization strategy/algorithm and economical information.

This monograph presents state of the art information on research and developments in theoretical, generic and applied areas of renewable energy systems. The topics deal with new devices and circuits for renewable energy systems. Today, thermal plants account for almost 29% of the installed capacity of the country’s energy generation. Used as alternatives to meet emergency demands, the thermal plants take advantage of its speed of deployment, fine-grained control of generation, and flexibility in the fuel that is used. First chapter will show the concepts of eolic and solar energy sources specifically in the context of Smart Grids. To compete with the fossil fuel, there is a need for steady power supply from renewable energy systems. Solar energy, being highest potential energy source, is only available during diurnal period. Therefore, for steady power supply, an energy storage system is needed to be coupled with the primary solar energy system. Second chapter discusses the comprehensive model and optimization methodology for standalone and long-term operation of concentrated photovoltaic (CPV) with hydrogen production as energy storage and minimum cost.

Power production from fossil fuel resources has detrimental effects on the environment considering fossil fuel-induced global climate change and air pollution. The increase in the cost of fossil fuels and soaring consumption of energy resources will both play a critical role in the usage of clean energy in many parts of the world in the near future. In the last decade, the trend of electricity generation from renewable energy has taken the place of conventional fossil fuels throughout the world. As a result, next chapter aims to verify the economic feasibility of implementing PV solar power and to examine the economic benefit of solar energy. The last chapter of this book aims to expose deployment challenges of offshore renewable energy systems in developing countries.